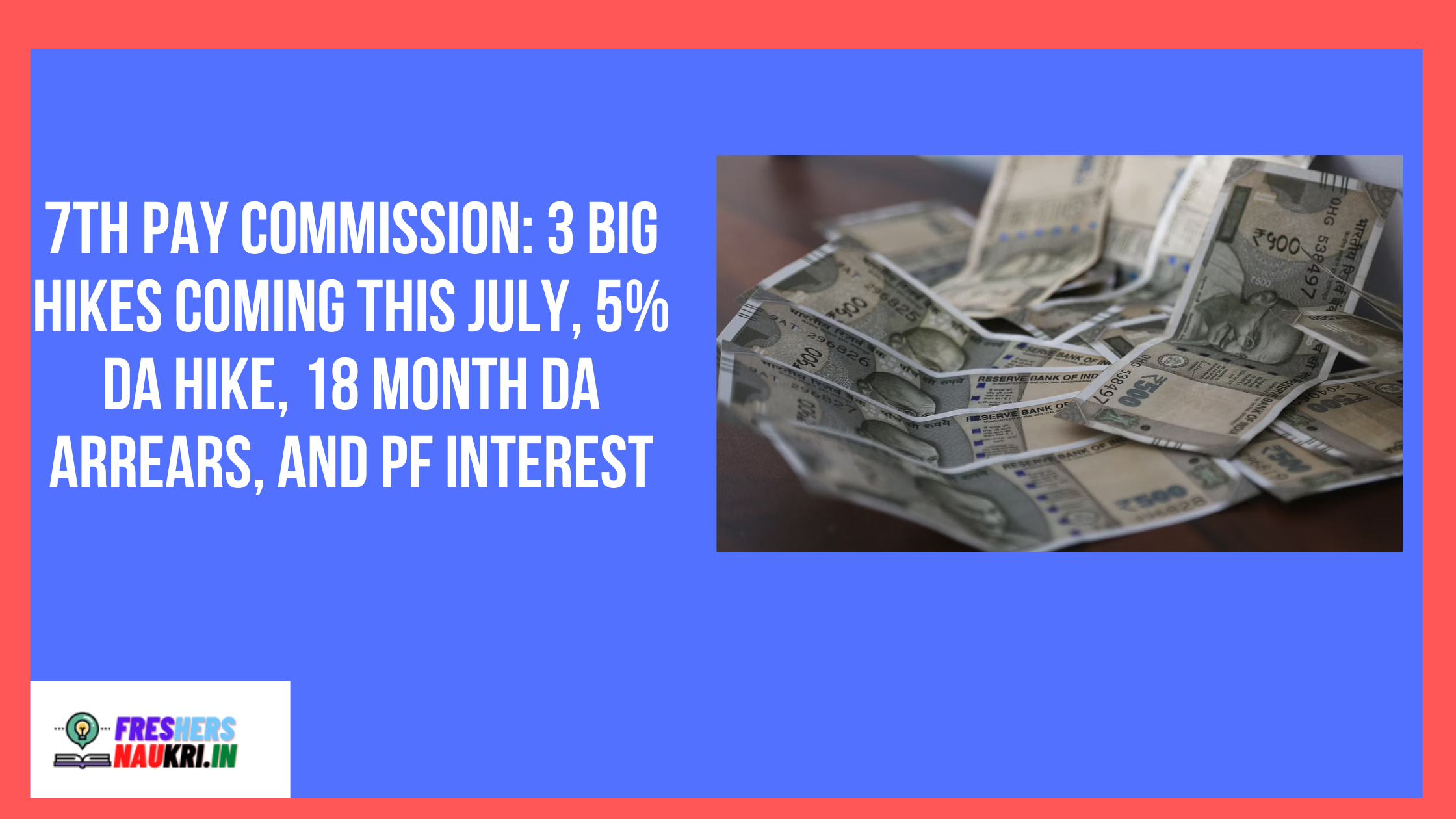 7th Pay Commission: 3 Big Hikes Coming This July, 5% DA Hike, 18 Month DA Arrears, and PF Interest: According to the newest news from the 7th Pay Commission, central government employees may be eligible for a treble bonus in July. According to press reports, central government employees may hear three important announcements next month: one about a Dearness Allowance (DA) increase, another about the payment of an 18-month DA arrear, and a third about interest on Provident Fund (PF).

The release of the new All-India CPI-IW report has reignited expectations for a significant DA hike in July. Thousands of central government employees are hoping that an increase in Dearness Allowance (DA) will be declared shortly, according to the latest All-India CPI-IW numbers.

The AICP Index for April, which is a significant factor in determining the DA, has fueled media speculation that a DA raise for central government employees is quite likely in the coming month. The government may give more good news to employees in the month of July. According to recent media reports, the DA may rise by 5% in July.

Arrears in Dearness Allowances for 18 Months

The payment of 18-month-old Dearness Allowance (DA) arrears has resurfaced, according to sources. According to recent reports, the 18-month DA arrears payment issue from January 2020 to June 2021 could be resolved soon. Employees of the Central Government should not give up hope of obtaining their due arrears of Rs 2 lakh all at once.

The EPF Central Board of Trustees proposed an annual rate of interest of 8.10 percent to be credited on EPF accumulations in members’ accounts for the fiscal year 2021-22.

EPFO will begin crediting the rate of interest into the accounts of its subscribers after the formal announcement of the interest rate in the government gazette. The EPFO publishes the PF interest rate once a year.